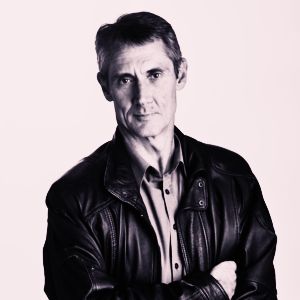 I tried to tell them I have sex with men

I was born in Sydney fifty years ago. I went to school in NSW and university in Sydney. My first sexual experience was with a girl. When I went to boarding school, I met a guy and we became lovers. I was about 16. I’d had fumbles with other boys but he was the first guy I related to emotionally. He wasn’t out then.

We became friends when we moved to Sydney and used to go out together. We explored Ken’s (a sauna) and we loved Capriccio’s (a gay club). He came out and then disappeared for a number of years with various boyfriends. I was about 18 and still unsure of my sexuality. I’d met other guys and I’d also had sex with women.

The father of a girl friend of mine came into my room one night when I was staying at the girl’s house. The next thing I knew he was sucking on the end of my dick. It was really nice. I forget if we kissed but he was certainly responsive and that was something I lacked in my life at the time. I was 16 and he was about 40.

It was pretty risky for this girl’s Dad to be wandering around the house at night, having sex with his daughter’s male friends. These days you’d call him a pedophile. He did get caught eventually, after I left school, molesting one of his patients. (Age of consent)

There was another master at school who I used to have an occasional play around with as well. I was quite busy there for a while – and with girls too: it’s a wonder I got any schoolwork done!

I played more with the boys.

My friend got a boyfriend, a really nice guy. We did plenty of clubbing at the time – Oxford St in the early days – Patches, Capriccio’s, all those places. I didn’t identify as gay; I didn’t identify as straight. I had some sex with girls; it was OK, but they were pretty hung-up about sex, more than the boys, so I played more with the boys.

I went back to the country for a while and worked for the doctor on his property, for accommodation. He used to come out to the farm and chase me around.

I met my wife when I was twenty. I’d moved back to Melbourne; I didn’t know anyone. I was having a fling with one of the barmen at the pub I was working in, but he already had a boyfriend. (I still haven’t returned Jean Genet to him!).

The pattern of my life

I thought she was nice. We never got married and we didn’t have kids for nearly fifteen years: I never thought of myself as a father. We got on really well. We had good sex from the word go and it lasted a long, long time. She’s been a terrific person. But it was hard to be honest with her, so I kept it all a secret. Her family was much closer, much warmer than mine. Being accepted and treated as one of the family filled a big hole in my life.

We didn’t have our first child until I was 35. I have two children; I love them dearly. Fatherhood has been the most fulfilling experience of my life. When you’re confronted with being a parent, what you want to do is give your kids whatever it is you felt that you missed out on as a kid.

I tried to tell them

I tried to tell them once, about three years ago, that I have sex with men, but it wasn’t the right time and it caused a bit of grief and anguish. They know more now. It’s not really a big deal.

Honesty’s been the big issue for me right through my life - being honest with myself about who I am and being honest to my former partner.

I told her when we first got together that I’d had sex with guys in Sydney. At the time, she was cool about that, probably because she thought it was in the past.

I love older guys. In the mid 1980’s I met an older guy and we were lovers for three years. He came to uni to talk about peace. He and I - it was just an instant hit as soon as our eyes met. I went up to him at the end of the talk and he said, "I knew you’d come up." And from then on it was on.

He was my first and, to date, only love. He died of a heart attack at 60 and that was that. It was a wonderful relationship. He wanted me to come and live with him - he’d been married too. My partner knew of him but she didn’t know we were lovers – not until later. She knew he was gay though. I wasn’t very honest.

My gaydar was operating

I went back to uni. I didn’t go out and seek sex, but if I came across it I’d do it. Basically, at parties, my gaydar was operating and there was always someone that you could cruise – you’d end up out the back in a car having a quickie or something and then go back to the party.

I envied my gay friends.

I was guilt-stricken about the space I was in. I envied my gay friends and I lived vicariously through them, because at least they were out; their lives weren’t complicated in terms of their sexuality – it was "straight" forward.

They had their own problems being out – the discrimination and everything that goes with it – and seeing that side of things too was something that made me worry about coming out. I was extremely depressed about myself and my life. (Depression)

In 1999-2000 I went online. I started meeting a couple of guys on Pinkboard and then I found MelBiguys, a chat-room internet site for married guys who had sex with men. MelBiguys had just been set up and that suddenly was a big thing for me – wow, there are a whole bunch of guys out there like me who are married; who live a straight life; who want to have sex with guys. It was a big relief –the closet door suddenly opened up. MelBiguys helped me accept who I was and move on. Through MelBiguys I met some guys who are among my dearest friends.

When I talked to other married guys on that site we all had the same thing. We’d pretend our attraction for men didn’t exist and then the pressure of wanting to have sex would build up and up. After sex, you could put the jack-in-the-box back in the box and get on with your life.

We reconfigured the relationship

6. We reconfigured the relationship

The first step was deciding to get my own doctor at the Centre Clinic. The relationship with my doctor was the most important thing for me. It gave me a sense of self and a sense of security. It was great being able to talk to someone about it. (Centre Clinic)

When I came out to my partner she was amazingly good about it. It was not a big a surprise to her but the issue of trust was. We didn’t separate at the time; we reconfigured the relationship so I could go and have casual sex and reduce the risk to her. We’re committed to minimising the effect on the kids. We’ve had a lot of counselling, both separately and together, with people who specialise in bisexuality. But it has been extremely stressful, especially with the kids… (Counselling)

Why I do outreach

7. Why I do outreach

I’ve been doing Outreach as a volunteer with the Victorian AIDS Council’s Health Promotion Team for about twelve months. I got involved through seeing an ad in the MCV. I responded and met the guys who run it. That was my first contact with the VAC. I was in the first intake of volunteers. We went through the long training and it has been fantastic.

I like people and I feel good about providing information about safe sex, sexual health and sexual practices at saunas and other sex-on-premises venues across Melbourne.

I’ve developed the confidence to be able to talk to guys and share information. I’ve come across a lot of married or bi guys who won’t get tested because they’re frightened of it, but they still engage in man-to-man sex.

So if there’s one thing I’m zealous about when I find out these guys are bi or are married, it’s about them keeping themselves nice. (Outreach)

I knew it was real

I’ve always been upfront with guys: I’d always look and I’d ask them if they had anything, but at the end of the day you take a chance. Luckily I never passed on an STI to my ex-partner. When I came out, we agreed that she should get tested for her own peace of mind.

My doctor and I discuss what I’ve been up to. I get tested for HIV at least once a year. (HIV testing)

I’m scared of beats; it took me a long time to pluck up the courage to go to saunas. It’s a safety thing more than anything. I feel safe in the surroundings of a sauna compared to a beat. I like that you know people have paid to go there - it means to me that they want to go into a safe and secure environment. (Cruising)

How safe is oral sex?

How safe is unprotected oral sex? From an HIV point of view, it’s a risk because you can get STIs in the mouth, gonorrhoea of the throat, for example, which could make it easier for HIV to get in, but I’ll engage in unprotected oral sex, because it’s a risk I’m willing to take. A good oral sex safety precaution to remember is that, if someone comes in your mouth, you swallow if it’s in the back of your mouth and spit it out if it’s in the front.

I know now how to have sex on my own terms and take responsibility for my actions.

My focus is on my children. My kids are everything to me. I want to ensure I spend as much time as I can with them. To my ex-partners credit, she’s been an incredible parent.

My male partner is a volunteer with the Victorian AIDS Council’s Outreach program. He goes to sex-on-premises-venues to answer men's questions about HIV prevention and sexual health. Because he was in a long-term heterosexual relationship and has children, he also gets questions from married men in similar situations...

Andrew grew up in Sydney

Andrew moved to Melbourne when he was 20