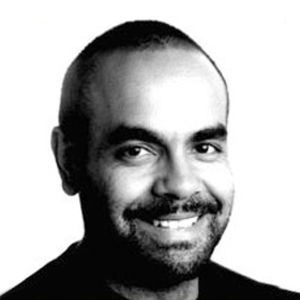 I'm from a small aboriginal community

From about the age of 11, and when I was going through puberty, I knew that I had an attraction to men. I had a gay uncle, so homosexuality in our family was an open thing and I guess I had a role model from an early age in terms of homosexuality.

I grew up in a fairly regional area, just outside of Echuca. It was very isolated and homophobia was rife in the general community. It wasn't the kind of place where you could really express your sexuality, I just kept my homosexuality to myself. I didn't really come out until I was 24. I'd had sex with men since I was about 17 or 18, but I wasn't 'out' until I was 24. I come from a small Aboriginal community called Cummeragunja with a population of about 200 indigenous people, quite isolated from any towns. There are about 40 houses at Cummeragunja and I could walk into anybody's house and assume a relationship with them, either as aunties, uncles or friends; it's fairly close-knit. I had a fairly big family, like grandparents, aunties and uncles and my immediate family, my mother and father, and my brothers and sisters. (Isolation)(Homophobia)

I never felt that my homosexuality threatened any of these relationships, although, if I were to go outside my immediate community to another one I could see how homophobia was quite an issue, but in my own Aboriginal community it wasn't a particular issue. Everyone knew that my uncle was gay, (he had HIV and in fact died of AIDS in '97), everyone knew that he was positive and that he was gay and nobody gave a shit, the position he had in the community was more important than his HIV status or his sexuality. It was interesting to see how homosexuality was perceived in my community and how those attitudes differed from the people who lived in Echuca where homophobic attitudes were more common.

My family and community were quite respectful and supportive of homosexuality and issues related to gay men and lesbians, but this isn't always the case.

I have gay indigenous friends who can't come out, they can't go home, they can't express their homosexuality in their community; it's something that could be met with violence. I come from a family that is fairly respected in our community. My grandfather is a respected elder, not just in my community but also in Victoria generally and the south-eastern part of Australia. I guess I come from a fairly privileged position in that sense. But I suppose the take-home message is that you can't make generalizations about homophobia, just like it's there in the white community, it exists in indigenous communities as well. (Family violence)

My gay uncle was a very strong man. He became HIV positive in 1981 and in about '83 he came out to the family about his positive status. He was always 'out' about his sexuality and it wasn't really an issue. He spent a lot of time in Melbourne and when his health began to deteriorate he moved back to Echuca to be close to our family.

Racism in the Gay Community

3. Racism in the Gay Community

Racism is very real in the gay community, just like the general community. 'Abo' is a term that's obviously really racist and offensive, but it's a term that a lot of queens use.

And the annoying thing is many think it's okay to use it, but it's pretty offensive and it's actually in the queer community that I've heard it the most - there's a lot of racism out there in the gay community. Sexually it's kind of funny, you know, often I'm associated with Brazillian guys and you know, it seems that the popular perception out there is that Brazillian guys have big dicks, and they like to fuck, fuck, fuck, and they're really sexual and horny and so it's really funny to be boxed like that, it seems that people need to stereotype men of colour. (Sexual racism)

The last thing on these guy's minds is that I could be an Aboriginal man. They think of Aboriginal men as having wide noses and skinny ankles, a lap-lap and a didgeridoo and I don't necessarily fit into that picture. In fact not many self-defined Aboriginal people fit into such a stereotype. There's just not much of an awareness in the gay community, or in the general community, of Aboriginal people. I think sexual racism is out there, like in chat rooms when you see postings stating 'No Gay Asian Men'. It often disturbs me that people have to actually say that and contribute to that kind of racism.

My first experience of sex with a man was at a beat in Echuca. There were no clubs or anything like that in Echuca and homosexuality wasn't something that you brought up with your mates at school, so you were pretty much restricted to beat action. In terms of beats, I'm not sure if I was just aware of homosexual men and that beats were just something that they did, but you go to public toilets and you read all the messages on toilet doors, that can be pretty sexy and were often teamed up with pretty good pictures. There were pretty good toilet artists in Echuca's public toilets. (Beats)

I'm not sure if it's because there's a stigma attached to homosexuality in the general community that there's no spaces for gay men to express themselves, so it's done in a beat. There's an anonymity about it, there's all these factors that really lend themselves to getting off at a beat. But I'm no expert and I'm not going to analyse beat culture as such.

I remember in '86 the whole Grim Reaper campaign and stuff and being quite traumatised by the ads, realising that someone in my family was HIV positive... so yeah, I was very aware of HIV from then on.

I moved to Melbourne and from then on I didn't really do beats anymore. I went to sex-on-site venues before I came out because I guess that whole anonymity thing was upheld - you didn't have to be out, you could just go in, get off and that was it. After doing this for a while I actually met a partner at a sauna and we ended up staying together for about two years. During this relationship I came out. I just thought, 'Blow this!' I was often staying at his house, so much so, my housemates thought I was off renting another house, I was away from home so much. I had this fear of coming out; I had this fear of losing friends in Melbourne, because I didn't have much of a community of people surrounding me. It affected my relationship with this guy because I'd say, “Don't call me, don't leave a message on my machine” and then I thought, “Aw, just fucken blow it” - you know, just come out - so I did. (Saunas)

With this partner I was aware of the 4T program (talk, test, test, trust) 12 steps, whatever, so we went through that whole process of testing. We'd been together for so long, we began having sex with condoms and then we kind of got tired of that. We actually had a slip up; we were both pissed one night and we went just a bit too far. At that stage we didn't know that we were both negative, so I guess we thought that we'd fucked it up. So we both went through the whole process of getting tested and then getting tested again and after that process we were faithful, or if we weren't then we agreed that we would have protected sex outside the relationship. (Negotiated safety)

But basically the understanding that we had in that relationship was that we'd be monogamous. I have to say that, for me, monogamy is the ideal but maybe not the reality. Like, we were monogamous, and we were very vocal about that, but if we'd have a break-up - we had a few break-ups towards the end - we'd break-up and go out and screw around, you know, get drunk, pick up and screw around just to get over it, the whole rebound thing. When that happened, and we'd get back together, we'd be honest with each other about what we'd done. I'm pretty particular about consistently having safe sex, I pretty much demand a condom. I suppose in a casual situation I pretty much assume that people might be positive and so I practice safe sex. I'm in a new relationship at the moment, we've done the whole testing bit, and we're just waiting now for the second test, but right now we still use condoms. (Sex outside the relationship)

My life as a gay man has been about safe sex practices from the word 'go' and I think it's great. It's wonderful, to go through this whole process of being tested with your partner, and you find, or I did, that you're negative and your partner's negative, like you can have unprotected sex and it's safe sex - I love it when that can happen. But generally, in terms of my sex life, I use condoms because I feel I have to take that on as a gay man who loves to have sex with other men. If I don't know the status of my partner then I will use condoms.

Bryan grew up in a small Aboriginal community called Cummeragunja outside Echuca.