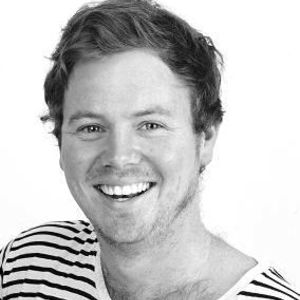 This story relates to: HIV testing

I was born in the city of Baton Rouge in America where I lived until I was four. When my family moved to Australia we moved to a small town called Jerry’s Plains. Jerry’s Plains is tiny; it’s a highway town and about twenty people live there. It’s surrounded by farmland and private properties.

I was a sensitive and overweight child. I hated sport, fitness assessments in PDHPE and made me anxious but I was frequently cast as the lead in school productions and I loved nothing more than being at the centre of a dancefloor at the school disco. I lived for pop music and nice food. I suppose I had a pretty good childhood.

Realising I Was Gay

2. Realising I Was Gay

It wasn’t a particular situation that made me realise I was gay. At the onset of puberty I gravitated towards images and depictions of male sexuality. The realisation was just a process that happened over a few months. I’m lucky in that I never really tried hard to deny my sexuality. I never made a conscious effort to not be a gay person; I guess I never went through a big denial phase. Of course I had some anxiety about being gay and the thought of coming out was a stress for me throughout my early teens.

When I was young I was really overweight and I got bulled for being fat. I was bullied quite a bit.

I felt so poorly about the way I looked that when I was an adolescent I never really considered that anyone could be attracted to me. (Self esteem)That kind of thinking coloured my early realisation of my sexuality. I can distinctly remember thinking that there was no way that anyone could be sexually attracted to me so the fact that I was gay seemed a little bit redundant. For a few years I thought there’d be no point in coming out because I was unlikely to get any action after coming out anyways.

It was a really depressing way of thinking but it was how I was thinking at the time. In hindsight I now realise that was ridiculous and that people of all shapes and sizes find love and are sexually active. (Body image)As a fourteen year old I was strongly affected by the idea that all gay men had to look a certain way and I didn’t fit the mould. I now realise how wrong I was.

I didn’t come out until I was 16 and at boarding school. Coming out wasn’t something that I planned in advance it sort of just happened in circumstances that felt out of my control. I don’t mean to say that anybody outed me or anything but I made the decision to come out after I had fallen in love with one of my really good friends. The feelings I had for my friend were a little overwhelming and I made a decision to come out in a weird effort to make our friendship closer. After coming out my best friend was as supportive of me as he could be, but the feelings I had for him were very much unrequited and in the wake of that realisation I started to come out to more and more people.

I went to an all-boys Catholic boarding school with a prominent ‘footy’ culture.

I anticipated a bit of a backlash when I started telling people at school that I was gay, that backlash just didn’t happen. Sure, every so often someone called me a faggot or a poofter but by and large my friends were hugely supportive and I was accepted for who I was. I was such a geek at school, I was the definition of a teacher’s pet and my English teachers in particular provided me a great deal of support when I was coming out. I am still incredibly thankful to my school friends and my school teachers for their support at that time, I was truly blessed.

Even though I was in Sydney throughout my schooling, for me I don’t feel like I really moved to Sydney until I started university. There was a bit of a regime for boys to follow at boarding school, we were very rarely allowed out into the city. While at school I felt as if I was living in a conservative pocket of an urban metropolis that I wasn’t allowed to participate in.

We were allowed out by ourselves on Sundays. I can remember being 16 and walking up and down Oxford Street on my own. It felt a little bit like window shopping, like peeping at a world that I wasn’t able to participate in yet.

When I turned 18 I became a scene queen. I was the kind of guy that went out to a gay bar three nights a week. Since I was a child I have always loved a disco. Nothing makes me happier than a dancefloor and horrendous pop music. My appreciation of a dancefloor and my extroverted personality made it relatively easy for me to make gay friends after I was 18.

After starting uni I quickly became involved in each and every one of the queer societies on campus. My enthusiasm for gay social networking was a little bit over the top. My very early adulthood was a time of new friends and my first gay hook ups. I found it all super exciting.

The gay scene in Sydney, like any community, is not without its flaws. Sometimes it can feel a little flashy, vapid and shallow.

This said in my heart of hearts I think it’s a great community. I have made some of my best friends on dance floors, in smoker’s alleys and over late night kebabs. My queer friends are a second family for me now and I need to acknowledge just how lucky I am to have them. I try not to take them for granted.

I went to a GP for something unrelated when I was 20 and she started talking to me about HIV. In that interaction it dawned on me that I’d had multiple sexual partners and that I probably should get an HIV test. (HIV testing)

I was naively terrified when I got my first test. The procedure seemed so daunting. I had recently discovered that 1 in 6 gay men in Sydney were HIV positive and I didn’t have any concrete knowledge around risky sexual behaviour.

When I was younger I associated HIV with shame and stigma and because of that association HIV really scared me. The shame that I associated with HIV probably prevented me from getting tested for about a year or so.

I have been in a relationship for a long while now. My boyfriend and I don’t use condoms and the decision to stop using condoms was something that we discussed at length. Throughout our relationship there have been periods when he or myself have been travelling and we haven’t been monogamous. Usually after those periods we’ll use condoms together for a short time until we are both tested. (Relationships)

I place a lot of trust in him and I feel like we are close enough that if there were any slip-ups we’d be able to discuss that openly with regards to protecting each other’s health. Sometimes simply trusting your partner is not enough. As stilted and forced as conversations about condoms and sex can be it is important that partners come to discussed agreements about these things. (Negotiated safety)

Jack grew up in a small town called Jerry's Plains before he went to boarding school.