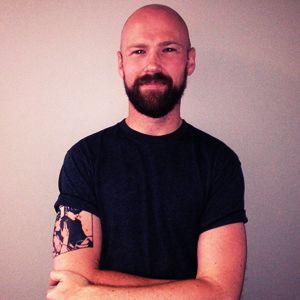 ...worried I'd get stabbed in that school.

This story relates to: Bullying, Drugs and alcohol, HIV testing

I grew up in Adelaide Hills in a rich, white upper class area whilst I was in primary school. Growing up was always very nice, it was very happy and I remember it was filled with lots of smiles. Mom is a nurse who did lots of shift work and dad is a surgeon so he worked really long hours. I didn’t get to see them that much but I really enjoyed it when I did. I have very happy memories of growing up, there was always lots of laughter around the house and I’m also really close to my sister who is two years older than me. My parents are just really, really funny which is great. My sister and I turned out like that too, we are pretty funny and positive people. We used to go camping together as a family too which was a lot which was a lot of fun.

Primary school in Adelaide was fine, nothing too huge really happened. I remember at around 12 years old when we’re all about to hit puberty, we’d talk about things at some friends’ sleepovers. “Is what is happening to me also happening to you?” When we watched kissing scenes on movies the boys would all be like, “Oh, look at the girl,” whereas that didn’t really do much for me. I didn’t get excited like the other boys did. This one time a friend brought in his parents’ magazine which happened to be a gay magazine and the boys were all repulsed by it. I didn’t feel repulsed, I just kind of took it in as something sexual. Not that I hated or loved it in particular, I just saw it as a sexual image really. So even then, I knew I saw things slightly differently from others.

I don’t want to get stabbed

2. I don’t want to get stabbed

When I reached high school we moved to Canberra and it was a really different experience. Things in high school were really rough. I started getting into weight lifting like it was part of a hyper-masculinity thing as well as smoking, drinking and taking drugs. A large part of it was the peer pressure to fit in as a teenager but it wasn’t necessarily who I really was. (Drugs and alcohol)

I think I told one person in school about how I felt. Not necessarily that I was gay but just about some of the feelings I would have. That somehow got out so that everyone found out and coupled with the fact that I may have been a bit feminine just did not go down so well.

People would try and beat me up and it was really quite dangerous for me there. I remember going to the principal with my mother one day after an incident and he had said, “we can’t guarantee your son’s safety in this school because we can’t watch him twenty-four-seven.”

That was it and my mom was like, “yup, we’re out of here.” I was having to worry that I would get stabbed in that school because of who I was. (Bullying)

My parents took me out of that school and thought it was better to go back to the previous form of education – Anglican, upper class and very, very white. Inevitably, I got caught up in the wrong crowd there too. I was taking drugs, missing classes and not really focusing on school. Eventually I had to leave as the school said it just wasn’t really working out with me being there.

The third high school I went to was a lot more creative and arts focused. I really felt like I belonged there and I enjoyed it so much more. I could really be myself, get into the artsy side of things and play in my band which I really enjoyed. It took an hour to get to school every day but it was so much fun and I had such a good group of friends there I didn’t mind at all. I felt like I had finally found my own place.

Sex ed growing up throughout my high school years was very clinical that just said, this is what happens when you go through puberty. It didn’t give us any insight into anything about sexuality let alone homosexuality! (Sex education)My parents were incredibly supportive throughout this process. I may have said some mean things to them growing up as teenagers do, but now I look back, they were really great. They did anything and everything they could to help me out.

The whole coming out process for me was so smooth, it’s not like I had to have that conversation with anyone. I kind of dropped hints here and there and they know for sure now but it wasn’t a particular defining moment. Parents just know really and so did my sister, so I could say that coming out for me was really quite easy. I’m really lucky to have had a supportive family and was totally okay with what I was.

Whilst I was in Canberra I was in a band called Young & Restless which was doing quite well. We signed a record label and they said we had to move to Melbourne if we really wanted to pursue this. We toured around for a bit which was awesome but then it got to a point where there was a fork in the road – I either do the band stuff full time or I quit. It just wasn’t enough money doing that on its own, so I quit.

I was in Canberra for about ten years before I moved to Melbourne on my own anyway. I made most of my close friends in Canberra through music and lots of them moved to Melbourne so I’ve got a great group of friends here. I’m not 28 years old living in Melbourne and working in advertising. I’m in a band now too called High Tension which is quite heavy metal. There are four of us in the band and I play the guitar.

At first I totally thought that me being gay would be an issue in the heavy metal crowd and way more homophobic, but to my surprise it’s actually the complete opposite.

I feel so much more comfortable expressing myself and being who I want to be in the crowd than I did in other circles. When I went on your before, my boyfriend at the time would sometimes come with me and we’d hold hands or cuddle at gigs and it was fine.

I remember this one time we were at this gig and a bouncer saw us being affectionate and he called us faggots. (Homophobia) He could have been a little more imaginative at least! I told my manager about the incident who then mentioned it to the bar manager and the bouncer ended up being thrown out of the bar. Talk about instant justice!

Back in Canberra I would never ever show any public displays of affection, I was so worried about people would do or say. Even after I’ve moved to Melbourne now I am still very cautious. I wouldn’t hold hands with a guy or anything, even though it’s probably fine here and in hindsight it’s a lot more accepted. I just revert back to that fear of what it was like in Adelaide and Canberra – it can be hard to get over.

Safe sex is just non-negotiable for me. (Safe sex) Sure, when I was younger I was a bit more blaze about it and wanted to avoid that awkward conversation, but not anymore. I would believe guys when they said they just got tested six months ago and thought it was all fine. Obviously not thinking about things like the window period, or how much unprotected sex they’ve had since then. (HIV the basics)

I think what really put it into perspective for me was I was seeing this guy who was diagnosed positive for HIV and we were having protected sex luckily, but it was a big deal for me. That whole process of getting tested and the scare of thinking I could have contracted it really gave me a wake-up call. (HIV testing) From then on, I really know the importance of being safe as I’ve seen it affect someone’s life in a primary perspective. A lot of the time we see it affect people in the second degree or third degree, so this was all quite confronting I suppose. After this all went down he said he needed some time to himself to deal with what was going on, which was fair enough. We weren’t really serious or anything. Now I’m much more aware of my sexual health and always take necessary precautions. We always want to avoid that awkward conversation but it is so necessary.

Casual sex is like McDonalds really, you can get it anywhere and it tastes the same but it’s not exactly the same as a three course meal. That’s where I am at the moment.

I think it’s important that young gay men know that there are other avenues to express yourself. Music for me was such an amazing way to express myself as I felt I could identify with it. As a young gay man you don’t have to fit into the mould of what society thinks a gay man should be – like where you just pop E’s and go to a rave. Not that there’s anything wrong with that, that’s totally fine if that’s what you enjoy doing but it’s not necessarily what you have to do or how you have to have fun or the way you need to spend your weekends.

Being a gay man didn’t start from some big defining moment in me, it was just kind of part of me. I feel normal just like everyone else, I go to work, see my friends, play music and come home – I just happen to be gay. If you asked me to describe myself in three words, gay would not be one of them. It doesn’t define me or define who I am.

This year my band is going on tour soon around the States and Canada. We’ve just signed with a label in Canada which is pretty exciting. I’m not seeing anyone this year as I want to focus on myself and discover myself. I’m reaching my 30s and want to rediscover and figure out what I want to do with myself. I’ve already done so much like touring the world and having a record label, I hope I haven’t reached my peak yet! This year is going to be really exciting and I’m looking forward to it.

Ash lived in Canberra for about 10 years where he was part of the band Young & Reckless.