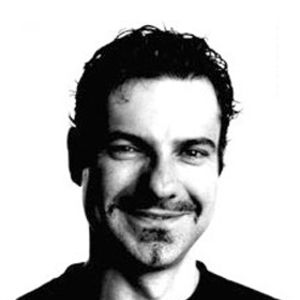 I was addicted to beats

This story relates to: Drugs and alcohol

When HIV was discovered...

When HIV was discovered, it was the early eighties, I was still in college and I must say I was very sexually active back then. I suppose coming from an Italian family, I think it's inherent - we're very passionate. But back then, when I was 15, I was very much in the closet and so I had to have hidden relationships from my family. Although even

then I was quite aware of AIDS and HIV and I did practice safe sex. (HIV the basics)

I was kind of aware that I could have sex outside of my circle of school friends, but I suppose that I was afraid to come out. Coming from a strict Italian family who are devout Catholics, I had a fear of being abandoned by my family, so going elsewhere for sex, like a beat or something, wasn't an option for me. You see, I came from a small country-farming town; everybody knew everybody else so it was quite difficult for me. When I eventually came out my parents were disgusted. They wanted advice from all the best psychiatrists and they wanted me to undergo treatments to cure me of being gay. (Religion and sexuality)

I didn't blame them for their reaction because they come from an ignorant background where the level of education was pretty much minimal and they had never been exposed to homosexuality. They had no idea of what it was, so I would never blame my parents for that. It didn't take them that long to accept me for who I am.

Even to this day, they don't understand the concept of homosexuality and what it stands for, but they accept and love me as their son and they just want me to be happy.

When I moved into town in my early twenties I realized that there was a lot more out there in terms of sex. Because of my background I was very naïve. I had no idea that gay clubs existed, no idea that there was anything like support out there if you were gay. I pretty much thought that I was alone. Then I discovered beats in my early twenties. I remember that every time I did a beat I had a huge wave of guilt. I'd punish myself and even went to confession to absolve myself of sin. I promised myself each time that it would never happen again but it just kept on happening until it spiraled out of control. It was a compulsion. I became absolutely obsessed. I ended up doing beats three or four times a week. I was completely addicted. (Beats)(Isolation)

I continued to do beats for quite a few years, but I always practiced safe sex. A lot of times I would refuse to have sex at a beat if the other guy didn't want to use a condom. I'd be cornered and the guy would say, “Well, you're here now and you're gonna take it”, so I've been in pretty serious situations at beats which I've had to get out of and that's when the turning point happened and I thought, 'I just can't continue doing this. I'm lying to my family as to my whereabouts and what I'm doing'.

It got to the point where I was believing my own lies and I thought I can't distinguish between reality and fantasy anymore. I began to lose my identity I suppose and that's when I stopped doing beats. It had begun to affect me professionally and I'd become detached from my family as well. I started to become depressed as I was also unemployed at the time and beats were my only outlet into the gay community, because that was all I knew. (Depression)

Once I had finished doing beats I met my late partner. He was HIV positive (though he did not die from a HIV related condition). He was very open about talking about his HIV and how he had contracted it so in our sexual life together we practiced safe sex all the time, without fail, absolutely, it just wasn't a problem. He was always concerned that one day, if he became sick, he didn't want to put me in a position of stress by looking after him, but it just wasn't a problem for me at all. I did a lot of research about relationships where one partner was HIV positive and the other was HIV negative and how it is possible to sustain a fruitful relationship. So it wasn't a problem. We always discussed it and everything was out in the open. I was committed to a loving monogamous relationship with my HIV positive partner and I didn't care that he was HIV positive. (Pos-neg relationships)

When he died, I suppose I saw sex as a way of filling the void. I'd say I went to the clubs a few months after my partner passed away, not to find another companion, or soul mate. I was very confused at the time and I wasn't sure what I wanted. I think I wanted to be used. I wanted to be emotionally detached and I really was in a scattered situation, so that's what I did; I went clubbing. I went nightclubbing almost on a weekly basis. I would go there as a release to forget about the past and my partner. I turned to alcohol quite heavily, I guess I got completely out of it every night for a couple of months, and this caused a lot of problems for me, not only personally but professionally. (Drugs and alcohol)

I tried therapy a couple of times, and I have to say that I probably didn't meet the right counsellor. I felt like they were just preaching to me and speaking from books and not from personal experience. So I turned away from counselling and looked to my friends for support and eventually I did come out of that terrible grieving process. I also lost a lot of friends along the way, because I felt that they didn't understand my situation. I felt that they were in a different world to me. Before my partner passed away, I guess I took life for granted. But since he died and I went through that grieving process, the friendships I formed then I've really maintained, because they are people who have been in similar situations and they've understood what I was going through.

It probably took me about two or three years until I could trust somebody again. What I ended up doing though was connecting with someone who had a number of problems and so I suppose we connected in that way. He came from a dysfunctional family and although my family isn't dysfunctional, I have had a number of problems in my life and I guess we bonded in that way. I could see that he was going through a lot of pain and I guess that was the initial attraction and connection. We discussed HIV, and my relationship with my partner who had passed away and he was fine with that.

Because of the personal problems my new guy had, we just couldn't continue the relationship. But the interesting thing about what happened to me as a person at this stage of my life was that, largely because of my past relationships, I think I completely changed as a person. I became a much stronger person, and much more wary of people and then I realised that I didn't need to have sex at all. It became incidental, if I went out and it happened, then fine, but sex was not the reason why I went out. I found that I didn't need sex to fill emotional gaps in my life anymore.

Happiest Time of My Life

7. Happiest Time of My Life

Really, coming out of that last relationship meant that I was more determined than ever not to get involved again. Like, I didn't need that other person in my life to become fulfilled. I made a resolute decision not to get involved with another person again. But, of course I did meet somebody else a couple of months later. But even when we met I was still in the mindset that I wouldn't get involved. The agreement we made in the beginning was that we would just have a casual relationship and our emotions would become completely disconnected. Of course this was impossible.

I started to have feelings for him, but I was trying to suppress them, and I knew how he felt about me. I was hiding my feelings about him. I guess I was being cold toward him. Especially after sex. I would just turn away from him and say, 'I think that you should go home now. Let's not have a conversation, because that's not what this relationship is about. It's just a casual thing, and that's it.' It was odd in a way because I remained monogamous with him, even though I insisted that it was a casual relationship - there was probably something underlying there that I wasn't admitting to myself.

But this was no way to conduct an ongoing relationship, I realise. He became really frustrated and thwarted because he wanted me to go to the next stage, but for weeks I remained completely stern. Eventually, of course, he got to the stage where he just exploded. He put me in a position where I had to make a decision, which was a good thing for me at the time.

Well, once again, we have discussed our past relationships and I have told him about the fact that I have had a significant relationship with a HIV positive man, and he was fine with that. We've undergone all the necessary tests to confirm that we are negative and we plan to stay true to our agreement that this relationship remains monogamous. If it's going to be a relationship, for me, it has to be a one-to-one relationship. For me it doesn't work to have one primary partner and the possibility of all these others on the side, it just creates problems. (Monogamous relationships)

But I can tell you right now that if my current partner was HIV positive that I would still be in a relationship with him - his HIV status would not change the way I feel about him - I love him. This is, without a doubt, the happiest time of my life and I feel really optimistic about the future.

Joe grew up in a small country town in the Gippsland area.